The Golden Lane Housing Estate is a 1950s council housing complex in the City of London.

Great Arthur House, at the centre of the Golden Lane Estate, was the tallest residential building in Britain at the time of its construction.
Credit: Steve F/Wiki commons
It was built in an area devastated by bombing during the Second World War. Only around 500 residents remained in the City by 1950.

The site had been occupied since the mid 19th century by small Victorian industries and businesses, especially metal working.

As part of the comprehensive rebuilding strategy of the City of London, the idea was the provisional of general-needs council housing for the many people who worked in the City. The Estate, when built, fell within the boundary of the Metropolitan Borough of Finsbury, and so many tenancies were also offered to those on the Finsbury waiting list.

A competition for designs was announced in 1951 and was covered in the architectural and popular press. Geoffry Powell won the competition to build the estate in 1952. The three partners-to-be of Chamberlin, Powell and Bon were all lecturers in architecture at Kingston School of Art, and had entered into an agreement that if any of them won the competition, they would share the commission.

The first phase of the estate - Bowater House - was officially opened in 1957. Before completion, the estate was enlarged to the west as more land was acquired with three buildings added later: Cullum Welch House, Hatfield House and Crescent House.

- Hatfield House: named after Hatfield Street which ran off Goswell Road and was laid out at a date after Faithorne and Newcourt’s map of London of 1658
- Great Arthur House which takes its name from Great Arthur Street, which ran between Goswell Road (then Goswell Street) and Golden Lane (originally called Bridgwater Street)
- Crescent House follows the historic building line of Goswell Road, creating a crescent.
- Cullum Welch House is named after Lt-Col.Sir George Cullum Welch, 1st Baronet, Lord Mayor when the estate was commissioned.
- Stanley Cohen House: Stanley Cohen was chairman of the City of London public health committee in 1954, when the estate building contract was let.
- Bowater House is named after Sir Noel Bowater Bt. the Lord Mayor of London who in 1954 laid the foundation stone of the estate at Bowater House, the first building to be completed.
- Cuthbert Harrowing was a chairman of the Public Health Committee of the City of London, who died shortly before the foundation stone was laid.

A boundary change in 1994 means the estate is today wholly inside the City of London. 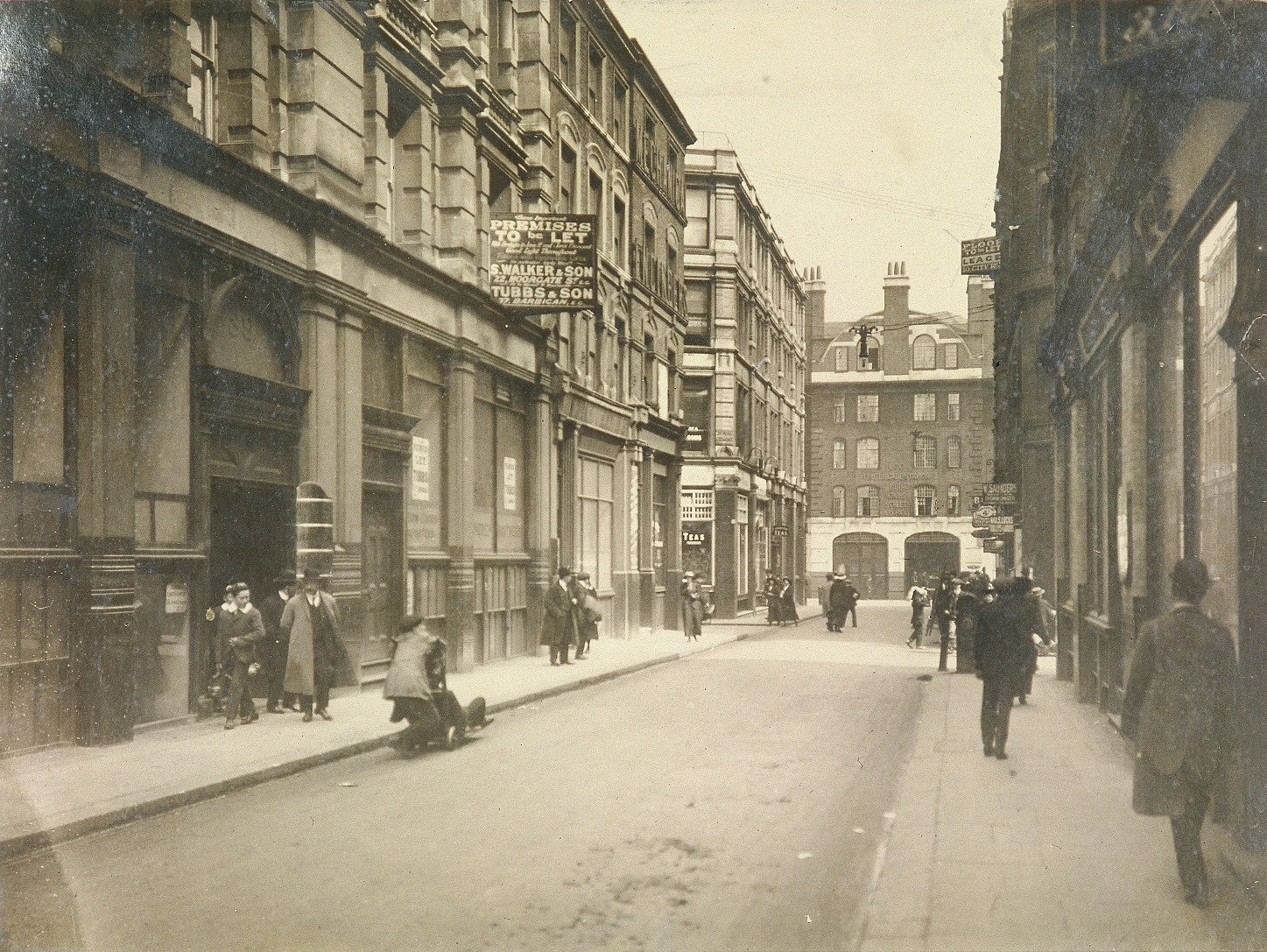 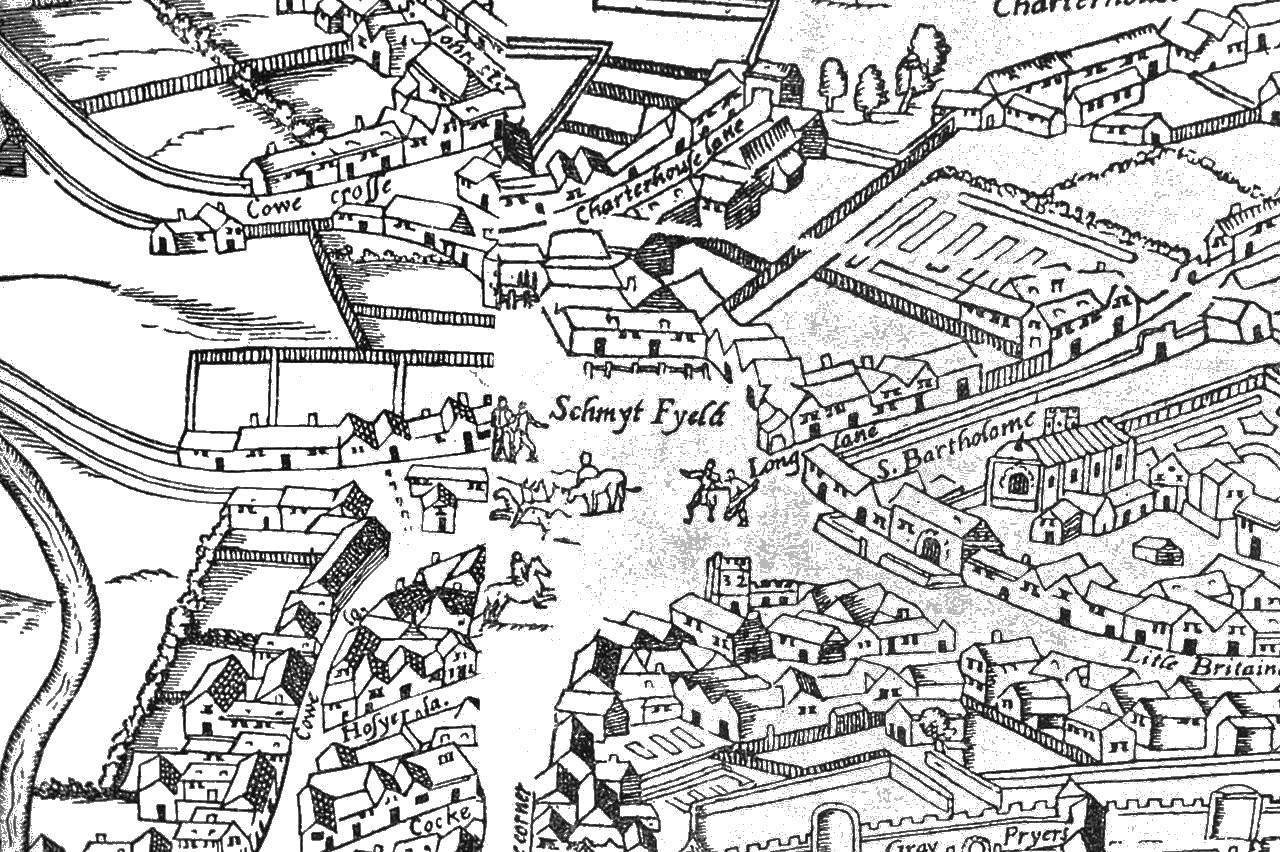 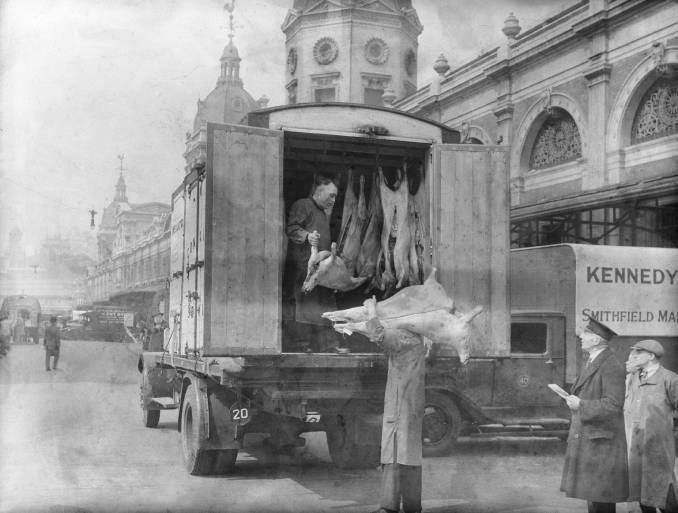 Kennedyâs - who sold sausages and pies around Camberwell and Peckham - delivering/receiving at Smithfield Market
Licence: 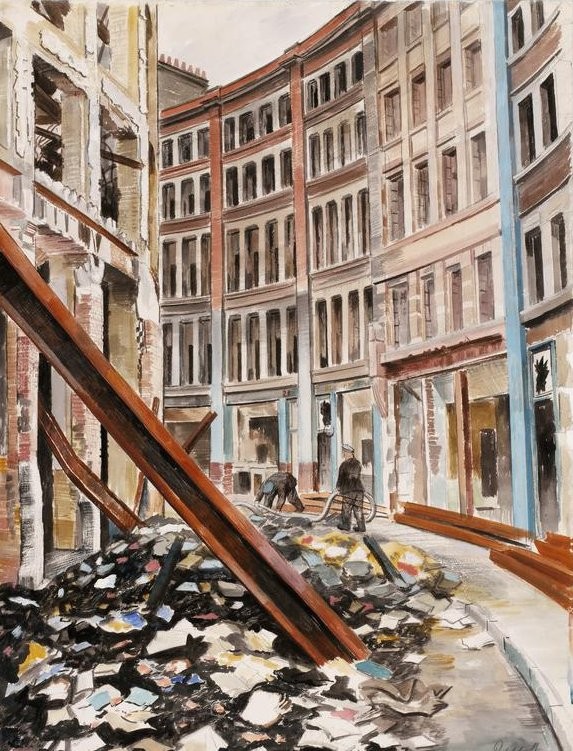