Denmark Place was an alleyway one block north of Denmark Street. 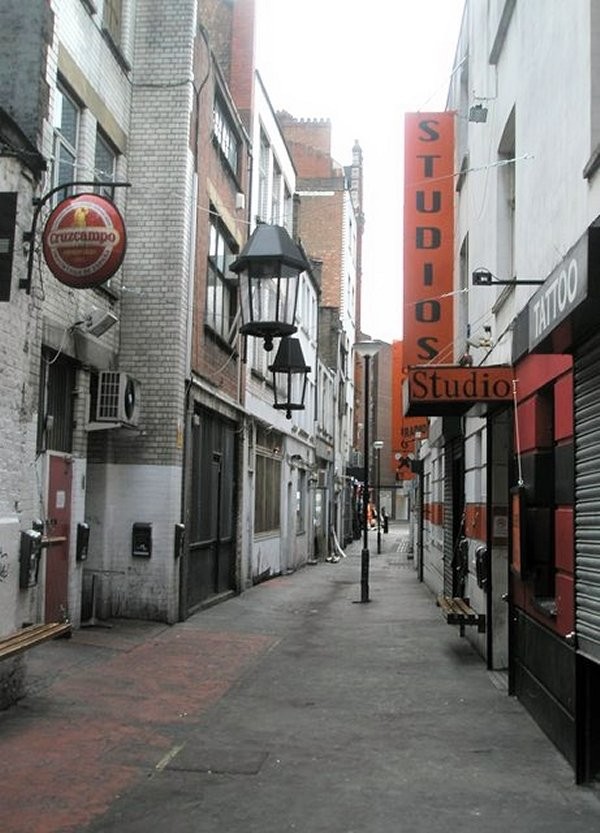 Denmark Place, WC2 before demolition for Crossrail (2009)
Credit: Geograph/Basher Eyre
The land on which Denmark Place stands was formerly part of the grounds of St Giles Hospital. The grounds were laid out for development during the reign of James II and developed by Samuel Fortrey and Jacques Wiseman. The alley probably dates from between 1682 and 1687.

It was called Dudley Court, then Denmark Court and finally Denmark Place, running along the back of the north side of Denmark Street, connecting to it via an opening at No. 27.

A tragic fire occurred on 16 August 1980 at 18 Denmark Place, caused by arson and killing 37 people, most of whom were Spanish or Latin American who were patrons of two unlicensed bars in the building. At the time, The Sunday Times suggested that it could be "the worst mass murder in British history". Until the Grenfell Tower disaster in 2017 in which 72 people perished, the tragedy at Denmark Place was Londonâs deadliest fire since the Second World War.

Denmark Place was quietly swept away after three centuries to make way for the Tottenham Court Road station works for the Elizabeth line.