Queenhithe is a small and ancient ward of the City of London, situated by the River Thames and a minor street.

The name of âQueenhitheâ today refers essentially to three concepts: (1) The ancient dock by that name. (2) Just to the north of the dock, a street called Queenhithe. (3) The third use of the word is in the Ward of Queenhithe which, obviously, takes its name from the dock.

Queenhithe was a thriving Saxon and medieval dock and is the only inlet now surviving along the City waterfront today. In Saxon times a second dock was also cut into the river bank at Billingsgate which remained until Victorian times when the dock was filled in and a new building called Billingsgate Market was erected on the reclaimed land.

By the 9th century Vikings were occupying the land inside the Roman Wall. In AD 886 the land inside the Roman Wall was reoccupied by King Alfred the Great. Alfred drove the Danes out of the City and is assumed to have established the street pattern to the south of Cheapside. A few years later, in AD 899, a harbour was established at âEthelredâs Hytheâ â which we now call Queenhithe. It is recorded in contemporary charters as a trading shore, where goods were sold directly from beached boats.

The harbour became known as âQueenhitheâ when Queen Matilda, wife of Henry I, was granted the dues from the dock in the early 12th century. This right was inherited by successive English queens. Matilda opened Londonâs first public toilet on the site.

By the 13th century it had become the principal dock for handling grain and other foodstuffs to feed Londonâs growing population.

Some time around 1250 Henry III ordered that all corn and fish should be brought to Queenhithe, to supply the City markets. Just north of Queenhithe was Fish Street Hill which is a reminder of those days. This led to Friday Street, part of which still remains, where fish was sold to the public for the traditional Friday meal.

In early times waterfronts were constructed in timber. After the 14th century waterfronts began to be built in stone, which lasted much longer, and the process of reclaiming land slowed down. By the 18th century most of the waterfront in the City had reached the modern alignment.

As well as goods, passengers also used Queenhithe like a âmini-portâ in the 17th century. The âCarriers Cosmographieâ, published in 1637, states that âGreat boats that do carry and remarry passengers and goods to and fro betwixt London and the towns of Maidenhead, Windsor, Staines, Chertsey, with other parts in the Counties of Surrey, Berkshire, Midddlesex and Buckinghamshire, do come every Monday and Thursday to Queenhithe and they do go away upon Tuesdays and Thursdays. The Reading boat is to be had at Queenhithe weekly.â

Today, remnants of the Victorian use of Queenhithe (Dock) can be seen at low tide on the foreshore. These are barge beds, constructed to level and stabilise the foreshore for berthing flat-bottomed barges, which transported goods to and from the warehouses lining the waterfront. The dock was surrounded by large warehouses during the 19th and 20th centuries.

The grand old warehouses remained until the 1960s. In the 1970s all but one (Brookâs Wharf, on the west side) was demolished and new office and residential developments replaced them. 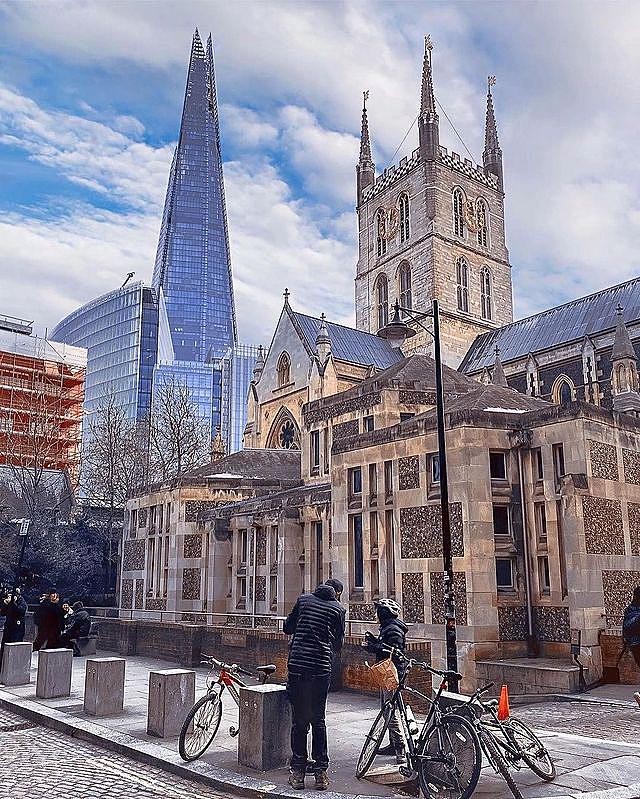