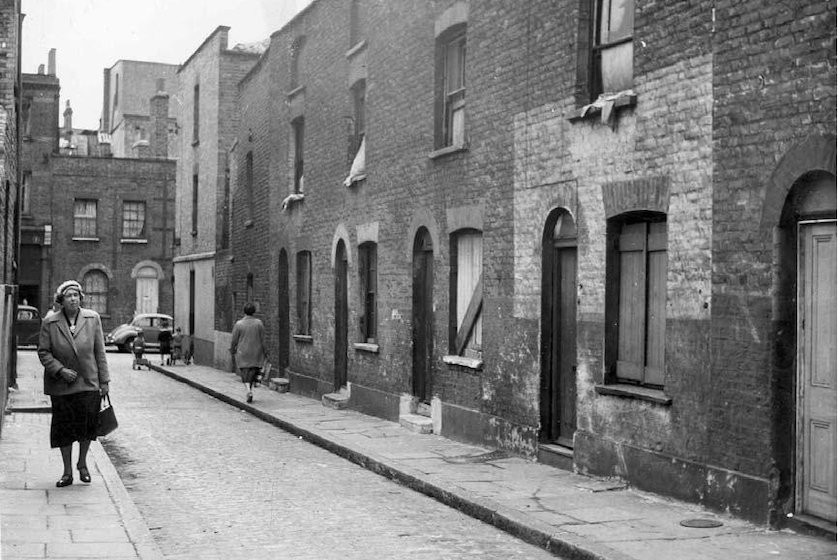 Sander Street ran from Back Church Lane to Henriques Street, disappearing from the map in 1961.
Credit: User unknown/public domain
Sander Street first appeared on London maps after the 1820s as Charles Street.

It was demolished in 1961 along with a lot of substandard housing in Stepney. Sander Street has now completely disappeared.