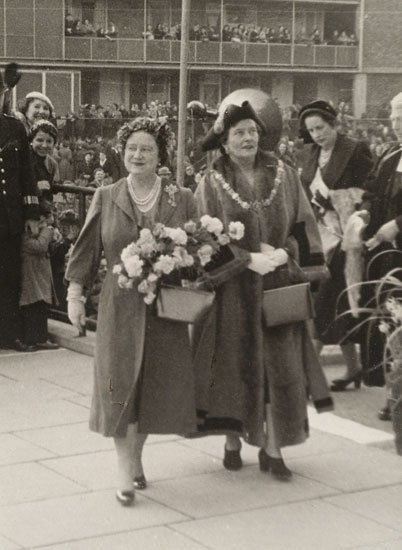 The Queen Mother is greeted by large crowds and is accompanied by Lady Petrie, Mayor of Kensington.

Henry Dickens Court was built by the Council on a bomb site as part of the borough's post war redevelopment plan. It was named after Henry Dickens, grandson of Charles Dickens, an Alderman on the Council and an active advocate of municipal housing.