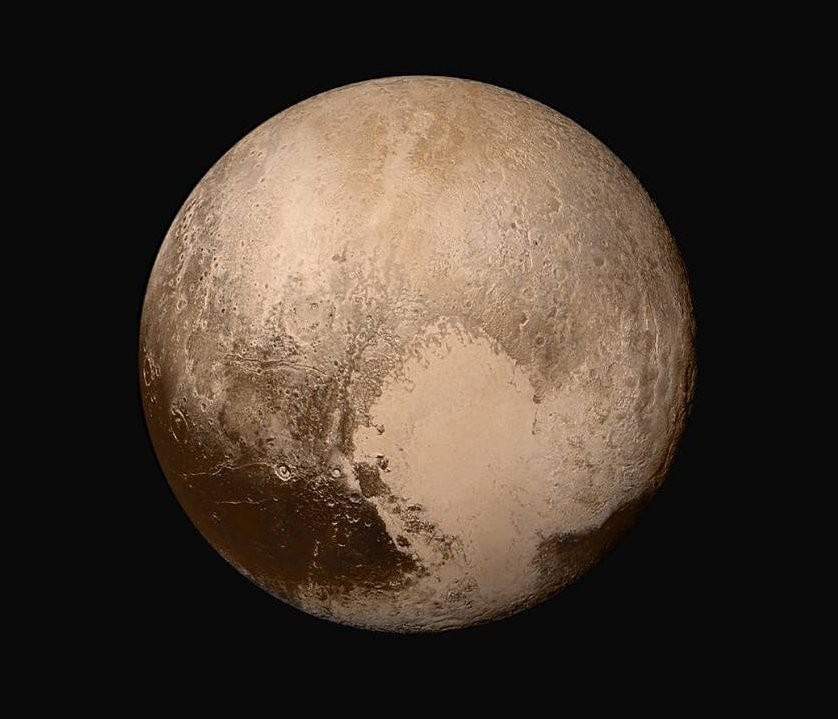 The photo is actually a combination of observations from the main camera on New Horizons (called LORRI) and the probe's visible/infrared imager (known as Ralph) which provided data for the colours in the view. The enhanced colours allow scientists to identify differences in the composition and texture of Pluto's surface, according to a NASA image description.