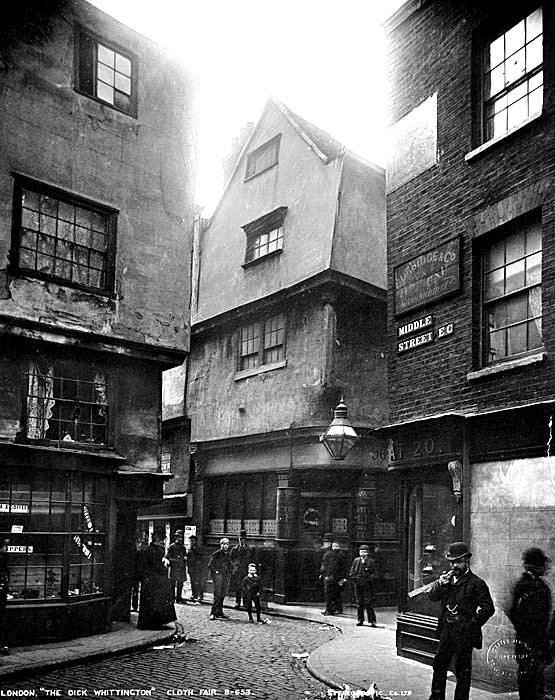 The Old Dick Whittington was a 16th century timber framed house. It first became a beerhouse in 1848, although later erroneously claimed to be the oldest licensed premises in London.

This pub was acquired by the Corporation of London in 1916 and subsequently demolished.