The West Hampstead Synagogue was consecrated in September 1892. 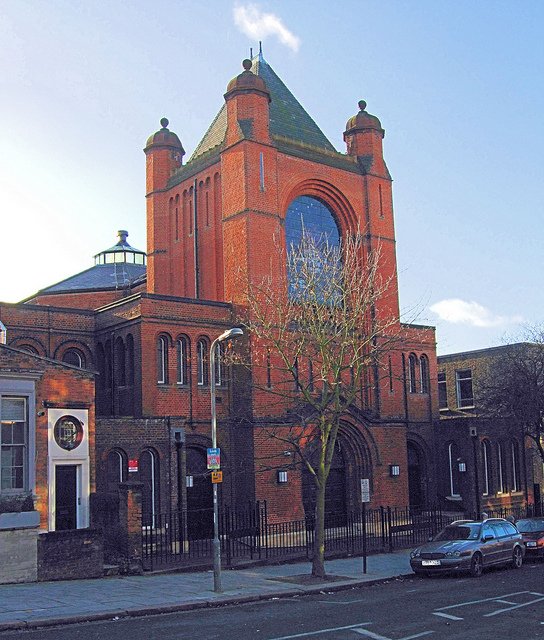 Hampstead Synagogue
In the late 1870s, the Jewish population of Hampstead began to increase, following the movement of Jews first westward to the West End and Bayswater, and then northwards to St. John's Wood and Hampstead.

A movement was founded to create a new Synagogue in the West Hampstead area. It was their intention to create a Synagogue which would not follow the traditional service currently held in other United Synagogues.

This however contradicted the views of the leading activist, Herbert Bentwich. On 30 May 1889, Bentwich called a meeting in West Hampstead Town Hall. Those attending consisted of members from three congregational bodies: The United Synagogue, The Spanish and Portuguese Synagogues and the Berkeley Street Reform Synagogue. Their intention was to create a Synagogue which would be somewhere between Orthodoxy and Reform.

Herbert Bentwich's brother-in-law, Delissa Joseph, was commissioned as the architect. The original plan was to have the frontage on West End Lane, but the Chief Rabbi, Herman Adler, insisted that the Ark should be in the eastern or south-eastern side of the Synagogue. The chairman, Frank I. Lyons, suggested rotating the building, and so the frontage was built in Dennington Park Road.

On 13 March 1892, the foundation stone was laid. In September 1892, the Synagogue held a consecration ceremony.