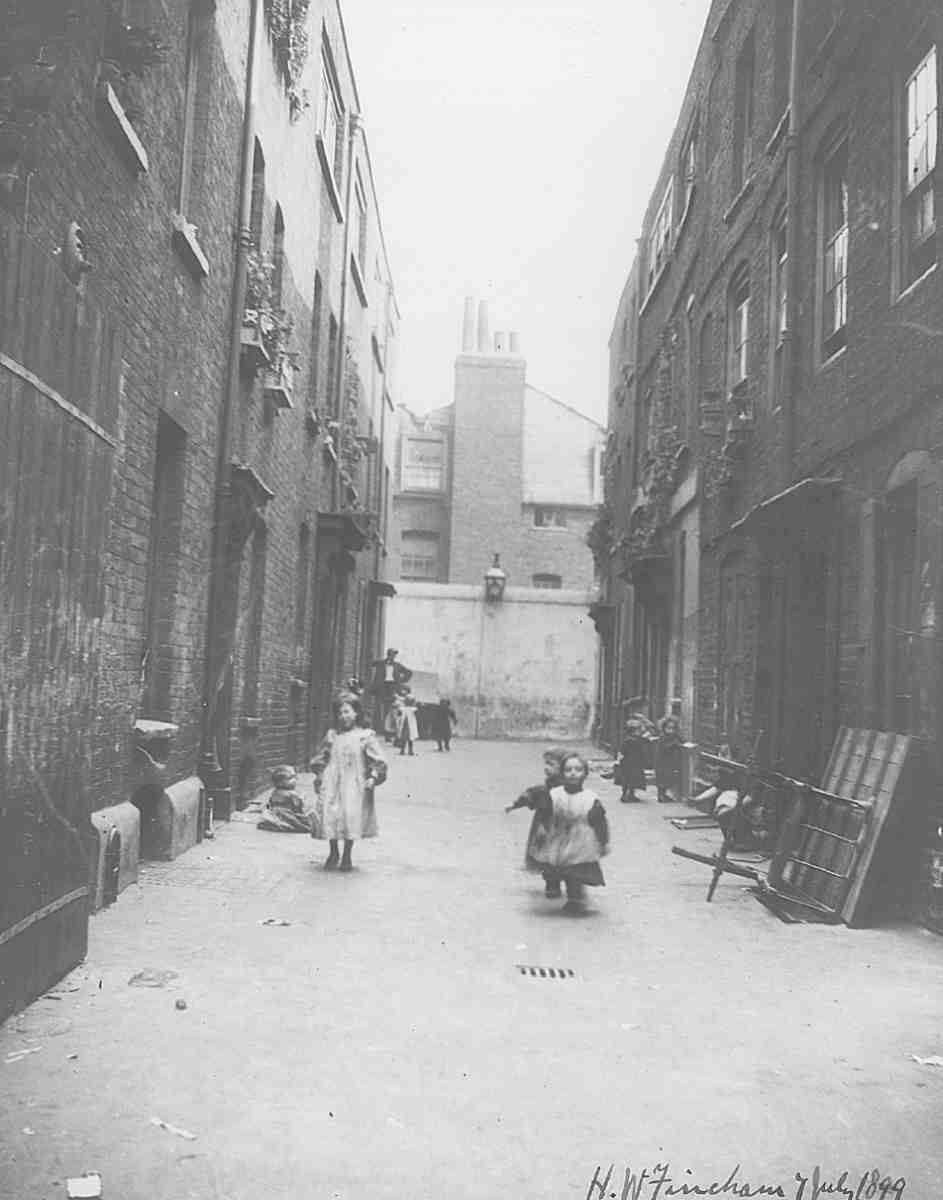 A firm of well-known watch makers, which continued for about one hundred years at the same address, was started by Robert Storer in 1743 at 11 Berkeley Court.

It contained 15 houses of three storeys, let out in tenements.

Berkeley Court disappeared when the site was cleared and redeveloped after the Second World War.